Established in 1978, Neo-Neon Holdings Limited is one of the largest Decorative and Commercial LED lighting manufacturers in the world. The company was taken public on the Hong Kong Stock Exchange (HK1868) in 2006 and then later in Taiwan on the TDR exchange (911868) in 2009.

2014 Neo-Neon is acquired by Tsinghua Tongfang Co., Ltd. which is a Chinese high-tech enterprise listed on the Shanghai Stock Exchange (SH600100), it is a wholly-owned subsidiary of Tsinghua University, Tsinghua Holdings Company Limited. Neo-Neon manufactures its own chips, packages, encapsulates, and productizes in HeShan City, P.R. China which is the largest vertically integrated LED Lighting manufacturer of its kind globally which is one of the key factors in the rise of Neo-Neon to its current leadership role.

The company's sales network covering more than 100 countries and regions, with a number of subsidiaries in the Americas, Europe, Asia and other places, plus has 26 offices in the domestic market.

With leading technology, excellent products, complete service, the company has won wide acclaim from customers worldwide. The company has tens of thousands of well-known projects using the company's LED lighting products, such as Beijing Olympic Games, Shanghai World Expo and Guangzhou Asian Games, London Gatwick Airport and so on.

The company has a number of doctors, senior engineering and R&D engineers as the core development team. Colleges and Universities cooperate on our technology, and assist in development of thousands of new products every year, the highest in the industry.
The company has built the world-class optical products testing center that is recognized by Norway NEMKO, Swiss SGS, China CTS, CTI certification and testing organizations. All products in the factory have been strictly tested before delivery to our customers included 3C, UL, GS, CE, CSA, IMQ, CUL, ETL, CETL, BS, SAA and other global standards. 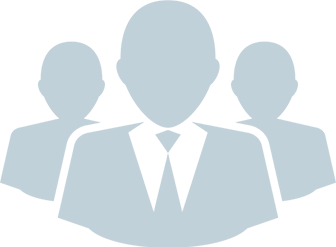 Tongfang LED Lighting Group is the LED lighting industry supply chain ranges from chip manufacturing, LED encapsulation, LED application and is one of the most complete in the industry, taking full advantage of LED technology and scale of the whole industry chain, prospective and systematic production of decorative lighting, commercial lighting, industrial lighting, landscape lighting and other products.

The company is committed to a sustainable development of a low-carbon economy, adhering to the "commitment to explore, surpass, loyalty, responsibility and value" as the core corporate culture. We have expertise and experience in the decorative lights and LED lighting industry for over 30 years, with a focus on customer demand, continuous innovation, create value for customers and society.